I love to make up ridiculous stories for my daughter. She has had a fantastic sense of humor since she was a baby and has been arching her eyebrows and rolling her eyes for almost as long. Her last day of school was earlier this week and I made this story up on our walk that morning. It is silly and over the top, but thought I would post it just for fun. You only get to finish fourth grade once unless you are really lucky! 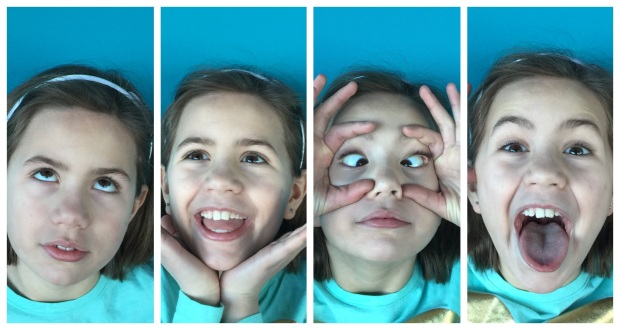 Once upon a time there was a girl who didn’t get killed in an earthquake. She avoided being bitten by poisonous snakes. Fire didn’t engulf her whole school. There hadn’t been a major explosion lately. Even the serial killers had stayed far, far away. As a matter of fact she had managed to escape most of fourth grade with only a scraped knee, a bump on her head and a couple of mosquito bites.

But it was almost her last day of school. Something was bound to happen. It had been too perfect a year. She had made so many great new friends, become even better pals with her old ones, loved her teacher and even did pretty well in school, except for the spelling, and the math, and maybe talking in class, but really, it was an amazing year.

Something was bound to jinx it. She looked everywhere for black cats crossing her path, walked around instead of under all the ladders, shuddered whenever she heard the number 13, threw salt over her shoulder and kept her fingers crossed while knocking on wood. No precaution was too much.

She woke up on that last day. Something seemed wrong. She kissed all her stuffed animals good morning and looked under the bed. No zombies or creepers. Hmm, no scorpions in her drawers or vampire bats in her closet.

She got dressed and went into the bathroom. No broken glass or stray razor blades on the floor. No blood poured out of the faucet. No crocodiles in the toilet. She looked up, she looked down, she looked left, she looked right. It was too quiet.

At breakfast her brother was a little too nice. He didn’t try to stab her even once. She tasted just a little bit of her corn flakes in case there was poison. It seemed safe. Yes, it SEEMED safe. She quietly finished her cereal and put her dishes in the sink. Her suspicions were growing.

Her dad and brother took her to school. This was unusual. They had a plan. She knew it. Maybe they would leave her on the bus and run. Maybe they would push her in front of a car. Her brother was even nice to her on the bus and let her play on his phone. She listened to see if it was ticking. A bomb? Perhaps covered in cyanide? Maybe it was a distraction and they would bury her in an anthill and laugh while she screamed. She made fists just in case she had to start clobbering some guys.

They dropped her at school with a kiss and a hug. Have a great last day of school! Sure. They would be back. And this time they would finish the job. She warily watched them until they disappeared around the corner. Hiding a little bit behind the front door near where there was a kid buried under the sidewalk (or at least that was the legend) she waited for them to come back. With guns. Or switchblades. Or maybe poisonous frogs. But they didn’t. However, she was on to their plan and she would be ready. 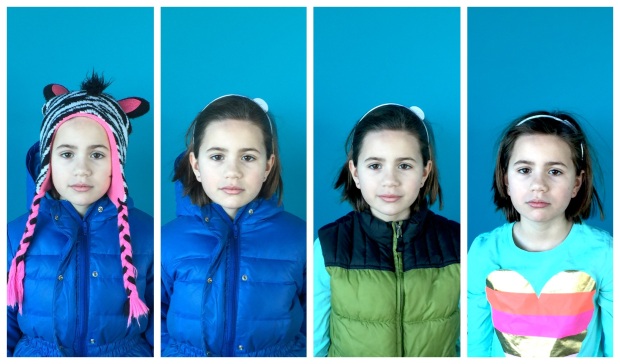 The school day started and for a moment she let down her guard and forgot about the plot to kill her. Then she realized the day was half over and she was still alive. Her perfect year was almost over. Wandering over to the window she nonchalantly looked around to see if there were snipers on the roofs of nearby buildings or ninjas climbing the walls with nunchucks or katanas. Nothing.

The hallways was clear of Mongol hordes and the bathrooms were not crowded with werewolves and dead Barbies. Then she saw him. Chucky! She screamed just a little until she realized it was just a fat red-headed kid in first grade. The kid cried and ran off to his classroom.

Back in her homeroom, she looked around at all the other kids. Which one has the poison tipped darts? Which one was planning to push her down the stairs? Which kid had the chainsaw ready to carve her up? They all looked so guilty. She was watching them. All of them.

Then, the teacher said it was time to say goodbye. She felt a sad lump in her throat and almost forgot that her life was in very grave danger. They all held hands and looked at one another. Tears welled up in her eyes, but she kept them peeled for suspicious movements. A few of her friends started crying. It was a trick, she knew it. Then her favorite teacher hugged her and she broke down sobbing. This was it. This was the end of fourth grade. Her teacher smiled and cried at the same time. They held each other so tightly, then let go, then hugged again.

The bell rang and she gathered her things. There were no booby traps that left her with missing fingers or broken teeth. Slowly she made her way down the stairs and nobody tried to shove her. She looked above the front door for a guillotine and walked out. The fat Chucky kid farted and she jumped, thinking it was a cherry bomb.

She wiped the last tear from her eye. Bring it on fifth grade!!