It’s been a very long time since I’ve posted, but not because I haven’t been writing. After a break for a couple of months I began to write every day. I started with One Month’s 30 Day Writing Challenge. Then I signed up for 750 Words. It’s simple. Write 750 words every day. Most of this writing has been stream of consciousness blathering and daily diary exercises. However, a few of the One Month assignments allowed me to write some fiction. The following started with an assignment to look into a book and use the first sentence I read. The opening line in this piece is from To Kill a Mockingbird. The rest is pure fiction with little basis in reality. It’s a bit of a risk to share my writing, but I want to share it and see what people think. Be gentle and enjoy! Thank you. 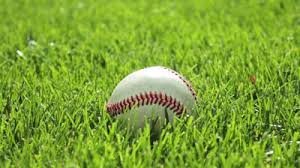 Our father turned around and looked up. The baseball hit him right in the forehead, knocking his glasses off his head. He grunted slightly and sat perfectly down on his ass in the freshly-mowed grass. The silence was frighteningly loud. It was cartoonish, comical and a little bit scary.

Our dad hated the next door neighbors, so we followed suit out of respect for dad and hated the kids, too. My father had unilaterally appointed himself head of the neighborhood watch and didn’t like the way they let their grass grow a little too long. Their house needed paint and there was moss on the roof. They yelled outside a lot and honked the horn while waiting in the driveway. Rules were made to be followed and, in my father’s highly opinionated opinion, these folks were grossly negligent

My father was at war with these particular neighbors, a cold war to be sure, but a war. His angry stare and barely perceptible flinch at any sign of noise or motion from their side of the fence was a dead giveaway. It was more than a stare. It was a nuclear grade glare, a battle grimace, a napalm frown and an icy burn all frosted with a nasty meringue of Catholic disapproval.

It seemed highly unlikely he would ever act on this pent up volcano of seething rage. Nope. He nursed that anger like a baby. Whenever he was outside his posture and demeanor changed. He was on high alert, constantly assessing the clear and present danger, ready to strike. He was “get off my lawn” in its purest form.

This went on for years. He would rarely discuss his fury about the neighbors, but a few random comments and the omnipresent thousand yard glare made it abundantly clear. The people next door were to be feared, mistrusted and hated. My father thrived on his disapproval of anyone who was the slightest bit different. It wasn’t about race or gender. It was a silent moral crusade against anyone who broke rules or defied conventions. Rules were everything. The law was absolute.

Also, my father hated children. One thing he hated more than children was loud, ill-behaved children. The neighbor kids epitomized the kind of kids he hated the most. Sassy, loud, crude and all fuck you in torn jeans and bad attitude.

And when the baseball hit, things changed. Not slow, barely perceptible change. It was instant, terrifying change.

A giggle and a snort from the other side of the fence.

Then a sneering fuck you followed by suppressed laughter.

Our father turned around and looked up. Bam!

My father rose from the grass, wiped his nose, grabbed the baseball and marched to the fence. With one swift kick he crushed two rotting cedar planks without a hitch in his step. He ducked down and walked into the adjoining yard. The kids looked up blubbering and scared.

I remember his glasses lying abandoned on the lawn.

He looked at the ball, looked at the kids, looked at the house. He wound up and tossed the ball through a large bay window. The smash of the glass was an explosion years in the making. Nobody breathed. Silence.

“Explain that to your fucking parents you little shitbags.”

He walked back through the fence, walked into the kitchen and opened two beers with a smile.